The new home of the Saskatchewan Rush Lacrosse Club.

Co-Op and the Saskatchewan Rush have come together on the largest deal in team history, a five-year field naming rights partnership extending into the 2022 National Lacrosse League season.

Set to be unveiled early in the 2018 Rush season, the field will be referred to as “Co-op Field at SaskTel Centre” during all Rush home games and team events.

Rush owner Bruce Urban took to the podium this morning to deliver the name of his team’s new home.

“Since arriving into Saskatchewan, the goal of our organization was to create a sporting atmosphere at SaskTel Centre that was unlike any other. And together with the amazing fans of Rush Nation, we have created the very best fan experience in all of Canada. Our goal for year three is to take the team to higher levels and this begins with the announcement of Co-op Field at SaskTel Centre.”

The landmark partnership includes a charitable drive at the home opener and a re-vamped Co-op ticket program with affordable single game tickets available for purchase at select Saskatoon Co-op gas bar locations for only $25 per ticket. Details will be announced in the coming weeks.

“Co-op has been a proud supporter of the Saskatchewan Rush from the beginning and we are thrilled to see our partnership evolve to this exciting new level,” said Grant Wicks, CEO, Saskatoon Co-op.

“One behalf of the players, we are all beyond excited to play on Co-op Field.  This brand new turf will help bring the Champions Cup back to the province of Saskatchewan” said Ryan Dilks, Defender, Saskatchewan Rush.

The 2018 Rush Season begins earlier than ever; with an exhibition Champions Cup re-match set for Saturday, November 18th versus the Georgia Swarm.  Single game tickets for this game are $22 in the upper bowl, $35 in the lower bowl, plus fees.  Season ticket holders will have the first opportunity to purchase tickets for this game, call 306.978.7874 to lock in your seats!

Single Game Tickets will go on sale to the general public via Ticketmaster on November 1st 2017. #LetTheGamesBegin 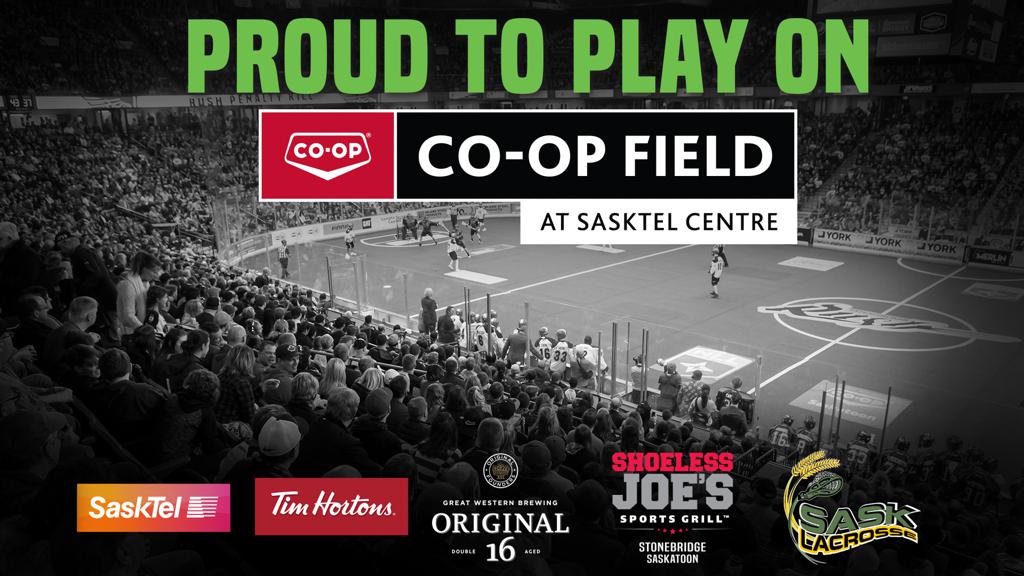